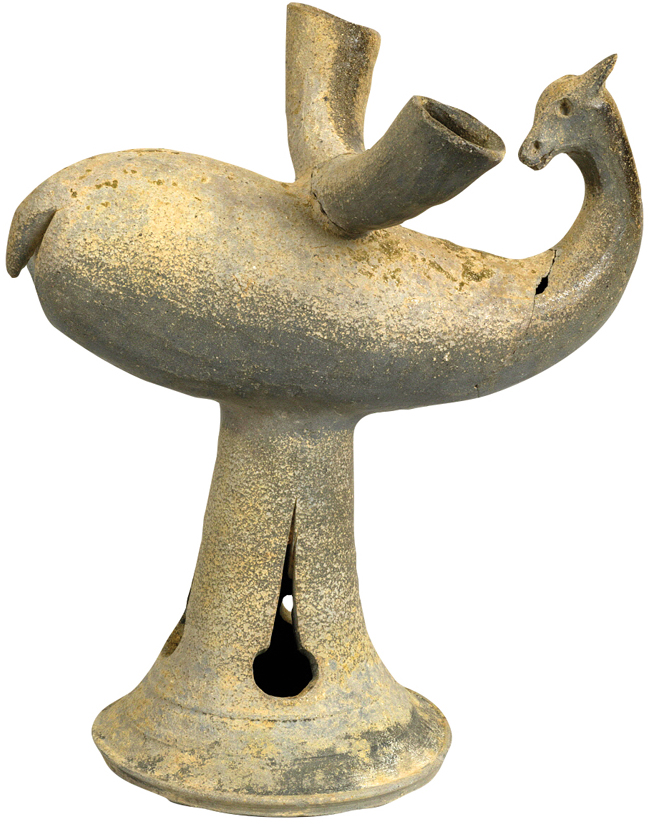 While exploring a group of tombs in Haman in southeastern South Korea, archaeologists uncovered a fifth-century A.D. ceremonial earthenware vessel depicting a backward-looking deer, earthenware artifacts in the form of a house and a boat, and other goods. Researchers believe the deer vessel was used as part of a funeral ritual and then buried along with the deceased. A flame-stitch pattern covering the deer’s leg is typical of earthenware from the Gaya Confederacy, an alliance of territories in southern Korea between the first and sixth centuries A.D. Archaeologists also found armor, helmets, and horse fittings that led them to believe the tombs belonged to Gaya leaders.