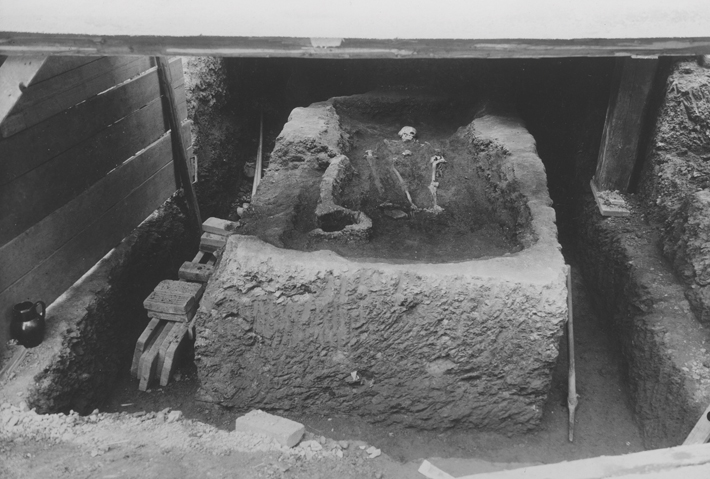 In the aftermath of World War I, as a result of the collapse of the Austro-Hungarian Empire, several new countries were created in Central Europe. In a quest to define themselves, they sought new national stories. However, such narratives are often not new at all. Instead, they hark back to a past that is sometimes part mythology, part history—but always potent. At the heart of Czechoslovakia’s national story was a 1,000-year-old skeleton of a warrior buried with his weapons deep within the oldest part of Prague Castle. For almost a century, the shifting interpretations of this man’s identity have reflected the cataclysmic political upheavals of the twentieth century—from the Nazi occupation to the era of Soviet domination and, finally, a return to independent statehood.

Recently, a team of archaeologists including Nicholas Saunders of the University of Bristol, Jan Frolik of the Czech Academy of Sciences, and Volker Heyd of the University of Helsinki reengaged this topic. “Physical remains stay the same, but our interpretations of them reflect and reinforce views and attitudes of the time in which we make them,” Saunders says. “We wanted to explore issues of contested identity across the twentieth century and the role of conflict and political ideologies in the manipulation and creation of the past in the present.” The Prague Castle skeleton provided them with the perfect case study.

An excavation was begun in 1925 to pinpoint the earliest remains of Prague Castle, which had become the seat of government of the new post–World War I state. The body was found on the edge of a graveyard within the castle grounds dated, at the time, to between A.D. 800 and 1000. Along with the body were an ax, two knives, a badly corroded sword, a leather pouch containing a decorated fire-striker and a small flint, and other assorted metal objects. The man was tentatively identified as Bořivoj I or his son Spytihněv I, members of the Slavic Přemyslid Dynasty that ruled the region around Prague from the ninth to early fourteenth centuries, explains Frolik.

Just over a decade after this identification, the Nazis invaded Czechoslovakia. Nazi scientists accused the original excavator of hiding the man’s true identity and declared, on the basis of the artifacts, that the man had actually been a Viking, not a Slav. In Nazi ideology, says Saunders, Viking, Nordic, and Germanic identity was conflated to justify German occupation and control of Eastern Europe, as well as the Nazi extermination of Slavs, Jews, and other populations they deemed inferior. 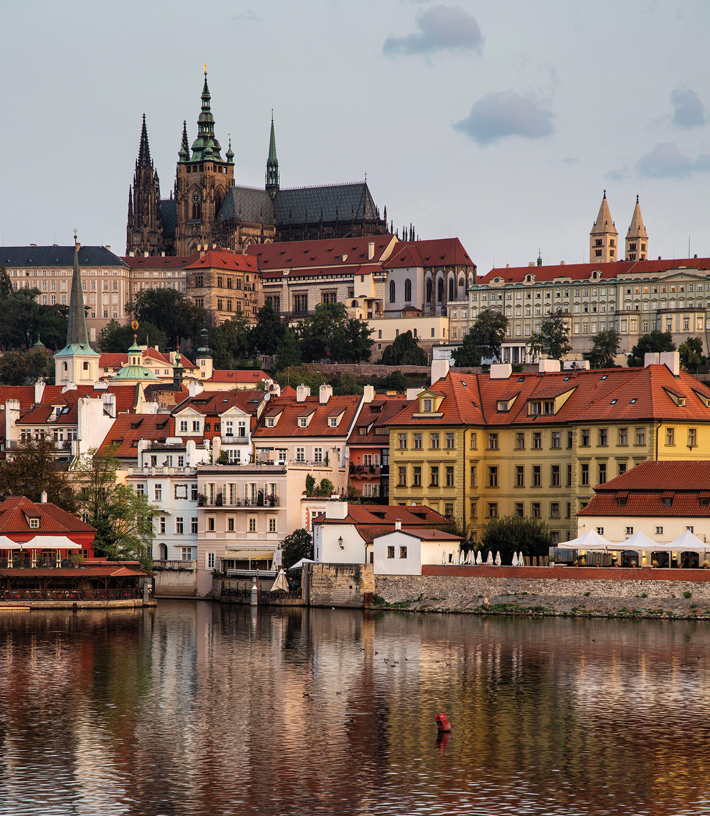 After the Germans were defeated, the Communist Party came to power in Czechoslovakia and the nation became a satellite state of the U.S.S.R. Seen through the eyes of  the country’s new Slavic Soviet masters, the warrior buried in Prague Castle was once again deemed a Slav. He was also once again identified as a member of the Přemyslid Dynasty. For decades the skeleton remained in storage. After the breakup of the Soviet Union in 1991, the new state of Czechoslovakia reinvented itself. Yet again the warrior was placed at the core of the nation both literally—in 2004 his remains were put on display in the castle—and psychologically. “The grave is clearly that of an important person from the beginning of Prague Castle,” says Frolik, “and therefore indirectly also the beginnings of the Czech state.”

Frolik has completed DNA studies in an attempt to establish the identities of several other medieval skeletons excavated in the castle, including one he suggests may be the son of the early Přemyslid prince Boleslav I, and another interred next to him that may be his wife. However, DNA and isotope studies, as well as CT scans, on the warrior have not yet been completed. In any case, explains Saunders, biological reality is not the only reality. “Scientific analyses can tell, often in fascinating detail, one kind of truth about an individual, such as where he grew up, but they cannot tell us how he was perceived at the time,” says Saunders. “Perhaps we are asking twenty-first-century questions of a thousand-year-old body that do not accurately reflect how he saw himself and was regarded by others.”