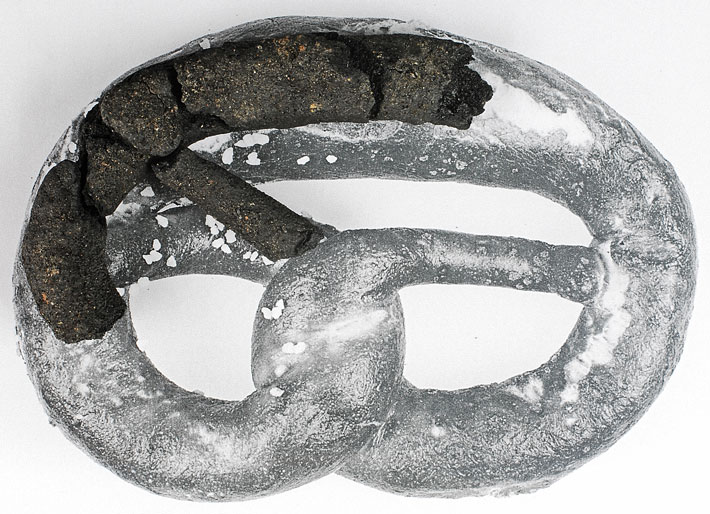 Archaeologists digging at the site of the future Museum of Bavarian History in Regensburg, Germany, expected their most exciting finds would date to the Roman era, but they were in for a surprise. In an eighteenth-century privy, they discovered the carbonized pieces of two pretzels. “We never have the opportunity to recover baked goods,” says government archaeologist Silvia Codreanu-Windauer. “Generally they were eaten, or, if burned, they were fed to dogs or chickens.” She speculates that in this case an absentminded baker or his apprentice forgot the pretzels in the oven and was so disgusted at burning them that he threw them in the toilet. It seems to have happened more than once. In the same privy, the team found the charred remains of three bread rolls and a fragment of a crescent-shaped local delicacy called a kipferl.