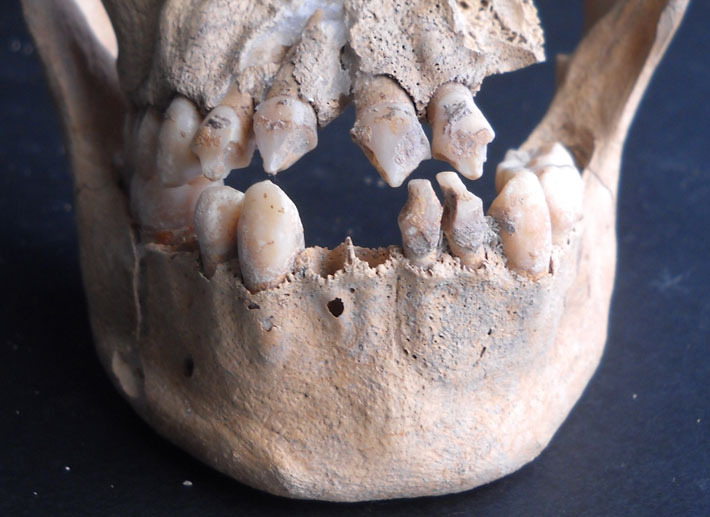 Researchers using a newly developed technique that permits the targeted retrieval of ancient genetic material were able to successfully identify the ethnic origins of three enslaved Africans found buried together on the Caribbean island of St. Martin, even though the surviving DNA was highly fragmented. Known locally as the Zoutsteeg Three, the two men and one woman (ages 25–40) had been found by construction workers in 2010. At that time, archaeologists were immediately struck by the condition of the individuals’ teeth, which had been intentionally filed down, a modification commonly associated with certain regions of Africa.

While DNA does not survive well in tropical environments, experts from the University of Copenhagen and Stanford University used whole-genome capture and next-generation sequencing to isolate the scant DNA remains of the Zoutsteeg Three. By comparing this evidence with the DNA of modern West African populations, they have learned that one of the slaves likely originated among the Bantu-speaking population of Cameroon, while the other two probably came from non-Bantu-speaking regions of Nigeria and Ghana. “We were able to show that we can use genome data to trace the genetic origins of enslaved Africans with far greater precision than previously thought possible,” says Hannes Schroeder of the University of Copenhagen. “This has important implications for the study of Caribbean slavery and the archaeology of the African diaspora.”