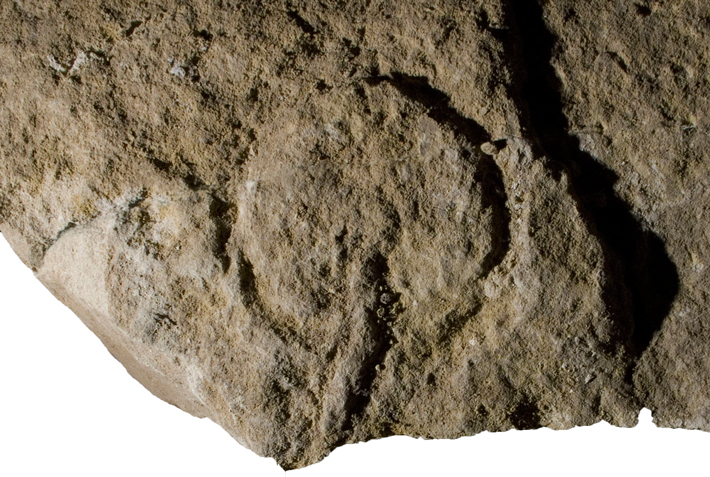 Archaeologists have dated an engraving of a vulva found on a one-and-a-half-ton limestone block at Abri Castanet, a collapsed rock shelter in France, to about 37,000 years ago. That figure, however, is only a minimum age for the rock carving. The date, announced in May, actually corresponds to the approximate time when the rock shelter’s roof, of which the engraved block was once a part, collapsed. The engraving is thus one of the earliest examples of European wall art, likely older than the elaborate paintings 200 miles east in Chauvet Cave.

The block was found directly above a surface containing hundreds of artifacts from the early Aurignacian culture, the earliest modern humans in Europe. An imprint of the vulva on the shelter floor, along with a lack of sediment buildup between the block and the surface, suggested that radiocarbon dating of several pieces of bone smashed by the fallen block would give an accurate age of the roof collapse and an approximate age of the engraving.

“We see vulva again and again and again,” says New York University archaeologist Randall White about Aurignacian sites in the region near Abri Castanet (See “Letter from France"). “The fact that they’re repeating the same forms suggests that it is conventionalized in a way that allowed these people to relate to the meaning.”